NEW YORK, NY / ACCESSWIRE / June 22, 2020 / Music brings life to a party, and at the very heart of it is the DJ pumping the right mix of beats to jam to. As the main protagonist in the selection, sequencing, and production of the perfect rhythm, a disc jockey is more than just someone in charge of ‘pressing the play.’ 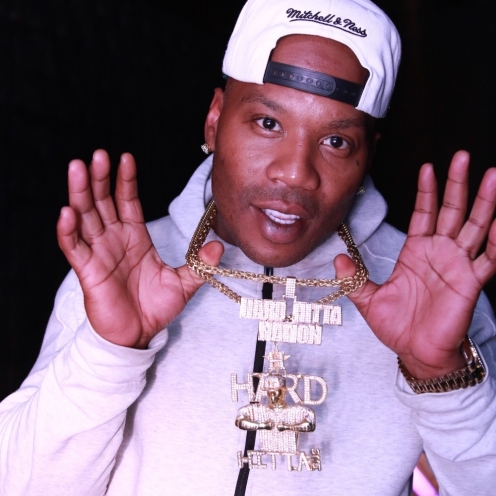 Music, in all its diverse styles, is pervasive in everyone’s life regardless of how old they are. People have different musical preferences, and creating a combination of beats and tunes to which everyone can dance to is not an easy job. As such, disc jockeying is not just something purely mechanical and technical. It is an art.

One of the biggest icons in the realm of disc jockeying is DJ Hard Hitta. He is no stranger to staying ahead of the curve and has worked with numerous artists in the entertainment industry. In fact, he is a nationally known staple in the realm of DJing for his impact on introducing records to the masses. His work record has stretched far and wide to a variety of audiences. And just to name a few, it has reached Rap-A-Lot Records, Sauce Walka to Nipsey Hussle, and Fetty Wap.

While DJ Hard Hitta’s talent in disc jockeying is the star of the party, just as exciting is his Cannabis partnership. He is bringing the experience from the alleys around the corner right into the center of the dancefloor. This fosters all sorts of grownup fun and optimizes the experience of his music.

The partnership sends Cannabis enthusiasts ringing with excitement as they can’t wait to get a taste of Hard Hitta’s sleek music. The disc jockey sure has his way of bringing parties to the next level by bringing his audience that unique elated sensation.

The disc jockey is one of the most notable ones to date. No other DJ in the industry was able to do their thing at monumental occasions such as the 4th of July Event at the Statue of Liberty, SXSW (2012 – 2019), Warehouse Live, The Cannabis Cup and Berner’s Annual 420 Event. DJ Hard Hitta has set a record that would be hard to beat. With his sick beats and his burning passion for amping up any space he’s in, he is setting the music industry on fire.

And although he remains to be a legend reigning in Rap-a-Lot records, he has already branched out to ignite and kickstart his personal label. He is now venturing into this new endeavor of rapping and developing his own music instead of breaking music for other artists.

Hailing from the city of Houston in Texas, he mixes tech and music with his new single, PRIVACY, which features two of the top battle rappers of the era – T-Top and Scotty. PRIVACY is currently in rotation at Shade 45, The Heat on SiriusXM, Revolt TV, and BET Jams. And keeping Hip Hop Fans up on their toes, it has played on over 40 stations around the country. It seems as if the whole world just can’t get enough of this star.

DJ Hard Hitta is also the Operation Manager of Cypher Records – a record label created by the Royal Family of South Korea. And being an instrumental piece in the Coast2Coast DJ Coalition, he emerged as the #1 mixtape DJ of our Era.

Aside from being a sought after disc jockey, DJ Hard Hitta is also an investor in Boogerz, a company that provides a line of organic Cannabis. DJ Hard Hitta has his own strand that Cannabis enthusiasts look for. He hopes to be able to break the stigma on Cannabis use and educate people about its many medical benefits.

You may have missed